Sign up for our newsletter!
Home > Products by Manufacturer > Olympus Kit Kogin 5 Mug Rugs or Coasters in White on Indigo SK-KGN013 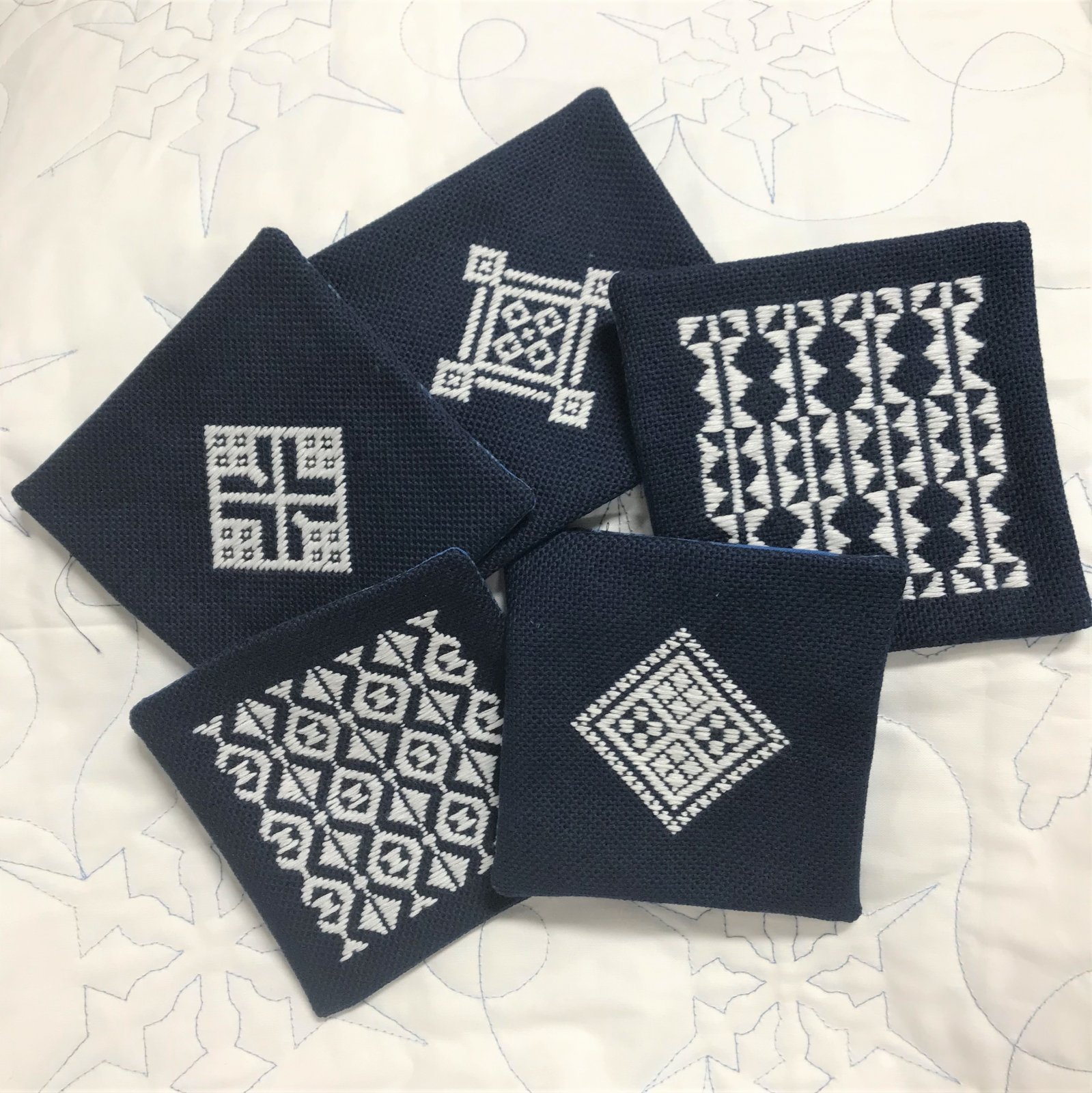 Olympus Kit Kogin 5 Mug Rugs or Coasters in White on Indigo SK-KGN013. Kogin is currently enjoying a modern revival. This kit is a wonderful way to introduce you to this technique. Five mug rugs or coasters each with a different kogin pattern. Included in the kit is kogin fabric in Indigo, white kogin and off-white thread (your choice, use either), kogin needle, and Japanese instructions. The Japanese instructions have pattern stitching charts and other illustrations that provide graphic directions to complete the stitching and also mug rug construction. We have also included general English Instructions on how-to-stitch kogin.

The following is a brief history of this traditional craft.

Kogin is a traditional Japanese embroidery technique that hails from the great sashiko traditions of northern Japan, but unlike sashiko, is a counted thread technique. Developed in the most northern prefectures of Honshu Island, Kogin was a way to add warmth to hemp and flax clothing. With running stitches in white cotton thread on dark indigo cloth, kogin is said to resemble snow scattered on the ground. It is stitched from side to side, counting over mostly uneven numbers of threads: one, three, five and, very occasionally, seven. Long stitches, avoided on the front of the cloth, may be present on the back, resulting in fabric almost three times its original thickness, trapping air for warmth.