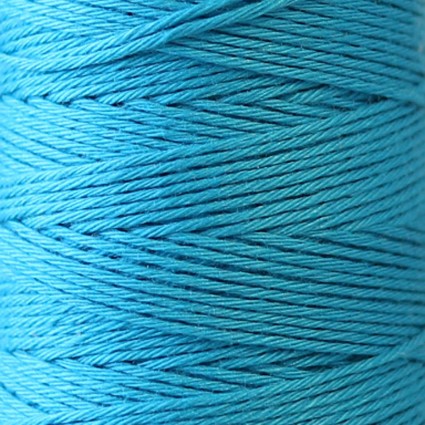 Hidamari Sashiko Thread is made by Cosmo, the thread division of Lecien of Japan, known for exquisite textiles. This thread comes in the largest array of colors, including solids, variegated, speckled, and iced, of any sashiko thread manufacturer. Each cone is 32.8yds or 30m and made of 100% cotton. The size or weight, which is not standardized, is similar to Olympus sashiko thread. Wound on cones, this thread comes ready to use without untangling a skein and rewinding.