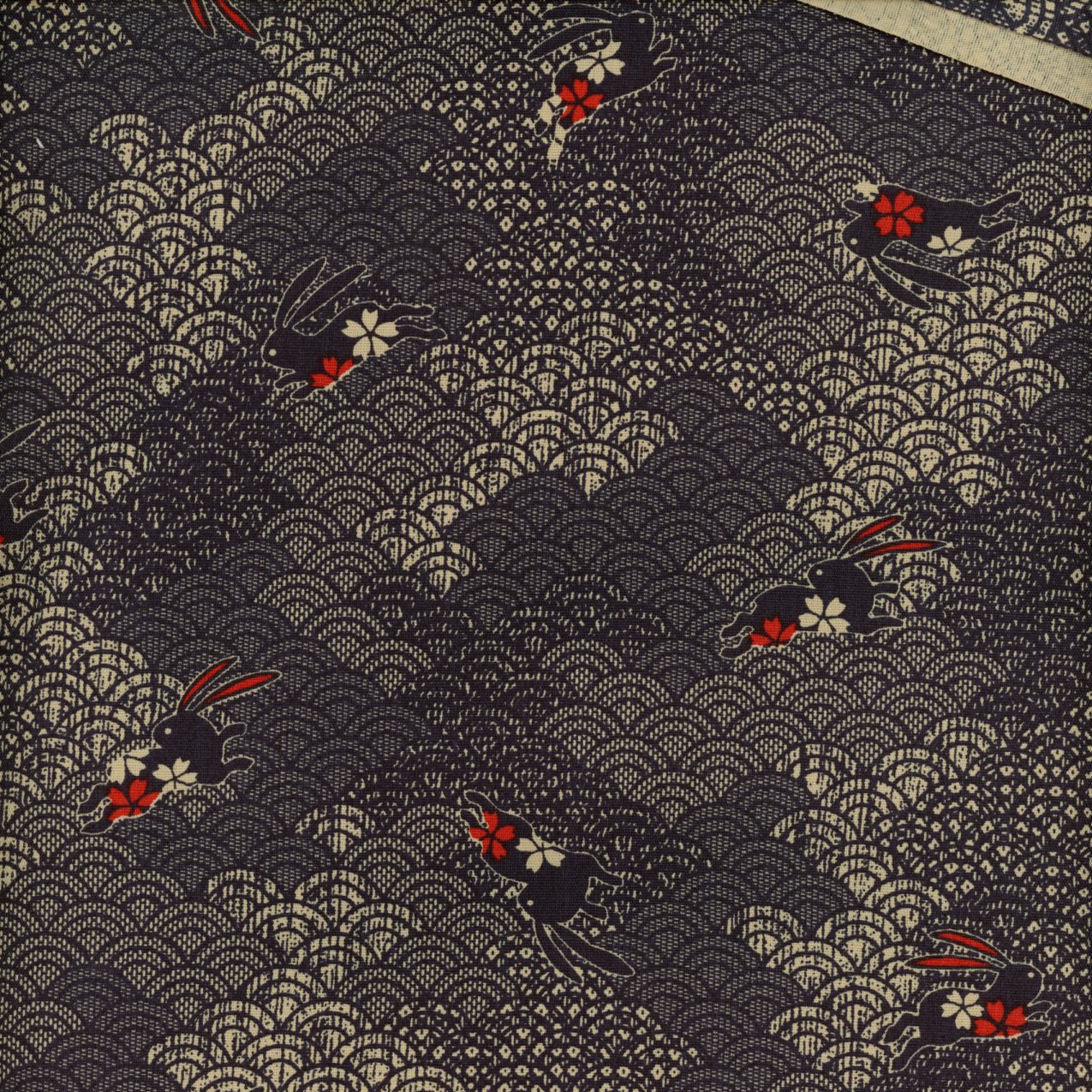 Hopping Bunnies on Ocean Waves with red and tan floral accents. The rabbit is the fourth symbol in the Japanese Zodiac. In ancient China, white rabbits were considered as a good omen. As rabbits live peacefully in groups, this symbol represents “well-being of a family”. Here the rabbits playfully jump among the ocean waves.


Westex is a manufacturer of Japanese quilting fabrics of traditional motifs and is one of three fabric divisions of West International, Inc. which is based in Osaka, Japan. Founded in April 1998, West International operates from a philosophy of contributing to further Japan’s cultural development and revitalization and disseminating Japanese artistic sensibility primarily through sales of fabric and textile products throughout the world. Westex’s lines of 100% cotton fabrics include Indigo prints, Indigo dyed prints, and yarn dyes. The quality of these fabrics is exceptional with tight weaves, accurate printing, beautiful yarn dyed plaids, colorfastness, and minimal shrinkage.

Quilting Foxes carries one of the largest selections of Westex fabrics in the US. Primarily the Indigo prints and Indigo dyed quilting fabrics. Sometimes called Seven Islands fabrics by other retailers, Seven Islands is actually the North American distributor of Westex, Kobayashi, Kokka, and other Japanese fabric mills.

Fabrics from different manufacturers that are to be used in the same project that will be washed, like a bed quilt or apparel, should be pre-shrunk first. This will remedy the probably of varying amounts of shrinkage.