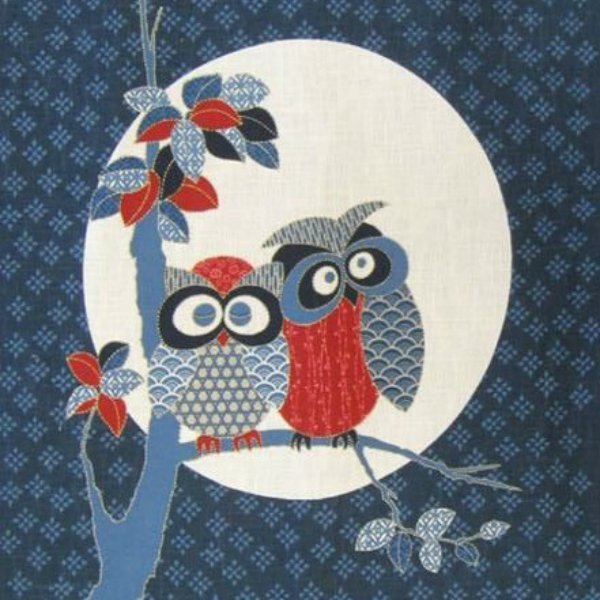 It is believed that Japanese noren originated during the Jomon period (12,000 – 300 BC) and were used to protect households from the negative forces of nature.

Japanese noren are decorative curtain, which are often hung in doorways to separate two rooms. They are sometimes used in Japanese shops and restaurants to keep out dust, excessive sun and wind, and often display the business logo. In addition, they can signify whether the shop or restaurant is open.

Through time, the applications of noren became more diverse. The first significant change in their use was when people began to use them to indicate whether a business was open or closed. Then businesses started using their noren as a means of promotion, displaying the shop name and logo or stating what items they offered to shoppers. Later, they became popular as a covering for doorways in people’s homes, and since then have been made with a longitudinal split to allow a person to pass through.

Today, noren are widely used as decoration rather than to fulfill the functional purposes for which they were originally designed. These noren can be used in quilts as a center panel or cut into individual blocks. Fabric wall hangings have become a popular addition to homes of all styles, both in Japan and the West. Thanks to their diversity, noren can be placed in a range of locations depending whether you wish to change the appearance of a room or increase its privacy.

Besides working well as fabric wall hangings and door covers, noren can also be used as coverings for windows. You could even use them to divide a room up into two or more separate spaces. In smaller homes where the kitchen flows into the dining or living room, for example, noren can be used to separate the two. This provides a more adaptable and flexible division than a solid door, as well as functioning as a great talking point amongst guests.

Wherever you choose to hang them or use them in quilts, the striking designs on Japanese noren will really add a touch of character to your home.