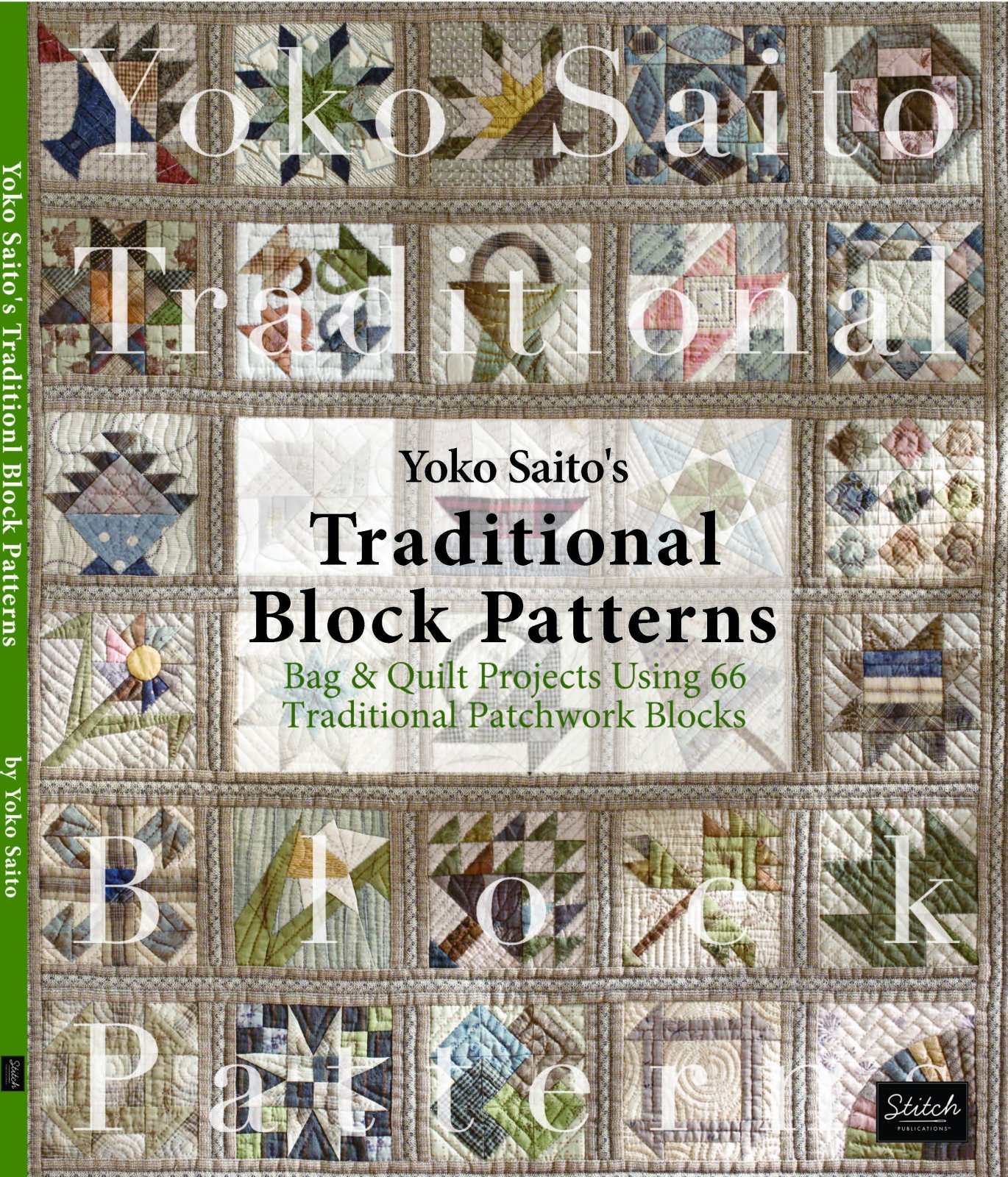 "Traditional patchwork block patterns have been handed down for many years. Out of the hundreds of known blocks, I have chosen sixty-six blocks that I have divided into eleven different types or themes. Not only have I picked personal favorites, but I also included those that I had often passed over but caught my eye this time around. As often is the case, I chose a primarily Japanese taupe color palette. These are colors that speak to me. Although these are traditional blocks, I want you to feel free to break the rules when it comes to choosing colors and patterns of fabric. I firmly believe that we can refresh anything considered old or worn by giving new life to it and, what better way to do that than by using new a fresh color scheme? Patchwork and quilting are endlessly enjoyable for the very reason that I can choose how to put colors and blocks together to create new designs. I hope you see the charm in the fresh and modern projects using traditional quilt blocks."
Yoko Saito, an admired and honored designer, quilter, author and teacher from Japan goes back to some of the original patchwork blocks that she fell in love with when she began quilting. Though the blocks are not new, Ms. Saito brings her remarkable sense of color and layout to give us 23 projects in the beautiful Japanese taupes.